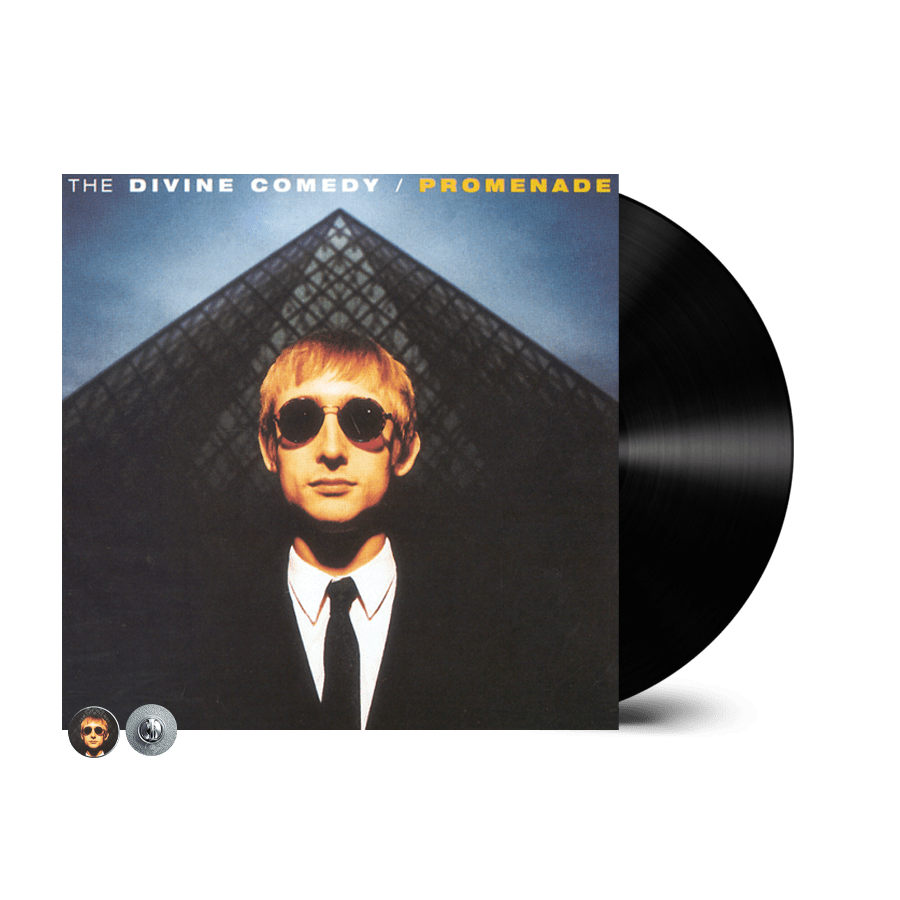 Promenade, originally released in 1994, loosely recounts a day in the life of a pair of friends / siblings / lovers. It was an immediate hit with the critics and catapulted Neil to early notoriety in France. The Melody Maker said "’Promenade’ is music hall, cool French films, late nights in a bygone city, sea-shanties swelled by alcohol.. ‘Promenade’ walks the path of indulgence with bravado and a mischievous grin. A stolen masterpiece."  Q picked it as one of its best albums of ’94 and described it as "One of the most unexpected and original treasures of the year."  Reviewing for Select, Stuart Maconie said "’Promenade’ is a masterpiece. If you do one brave and imaginative thing this month, be on the side of the angels and buy this record."  Stand out tracks include Don't Look Down, The Summerhouse and Tonight We Fly, the song with which, to this day, the band close every live set.

Tracklisting:
Bath
Going Downhill Fast
The Booklovers
A Seafood Song
Geronimo
Don't Look Down
When The Lights Go Out All Over Europe
The Summerhouse
Neptune's Daughter
A Drinking Song
Ten Seconds To Midnight
Tonight We Fly

Bonus Material (Download card)
Ten Seconds To Midnight (alternate version)
Assume The Goldsmith
When The Lights Go Out All Over Europe (live)
Tell Me What's Wrong
Life's What You Make It
Lost Prom Jam
Neptune's Daughter (demo)
Going Downhill Fast (instrumental)
The Booklovers (demo)
The Bright Lights Of Ealing
Bath (alternate version)
The Summerhouse (early idea)
The Summerhouse (live)
When The Lights Go Out All Over Europe (early idea)
A Woman Of The World (Promenade style demo)
Geronimo (live with Yann Tiersen)
Don't Look Down (demo)
A Drinking Song (live)
Only For Tonight
Tonight We Fly (demo)
We use cookies on this site. To learn more, please review our Privacy Policy.
Accept & Continue Review Policy